The fully restored open-top racer even has a numbers-matching inline-four engine.

A rare example of one of Ferrari’s most beautiful race cars will cross the auction block next month. 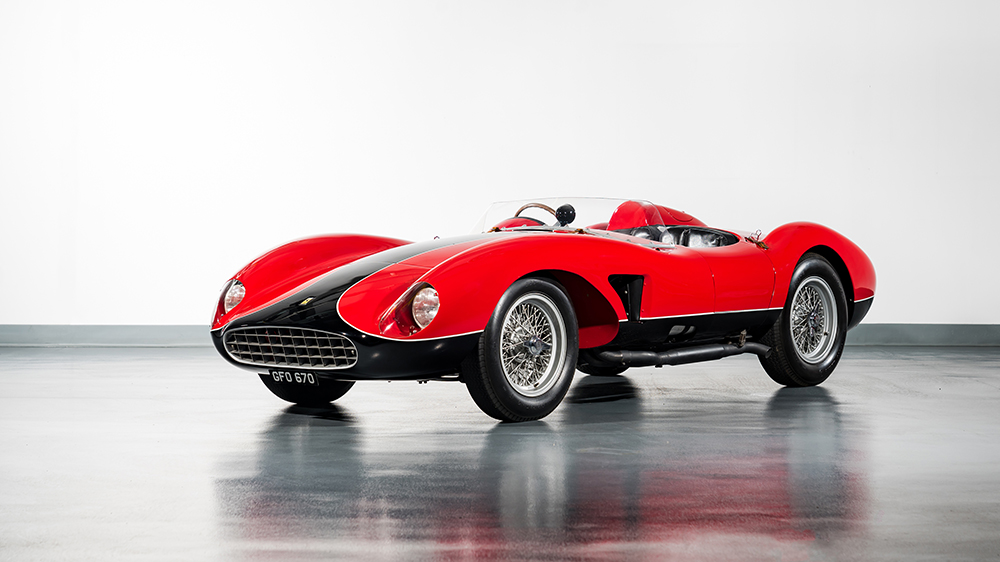 RM Sotheby’s will sell a one-of-19 500 TRC Spider as part of its upcoming Monterey Car Week sale. Of course, landing the vehicle will be no easy feat as bidding could reach as high as eight figures. 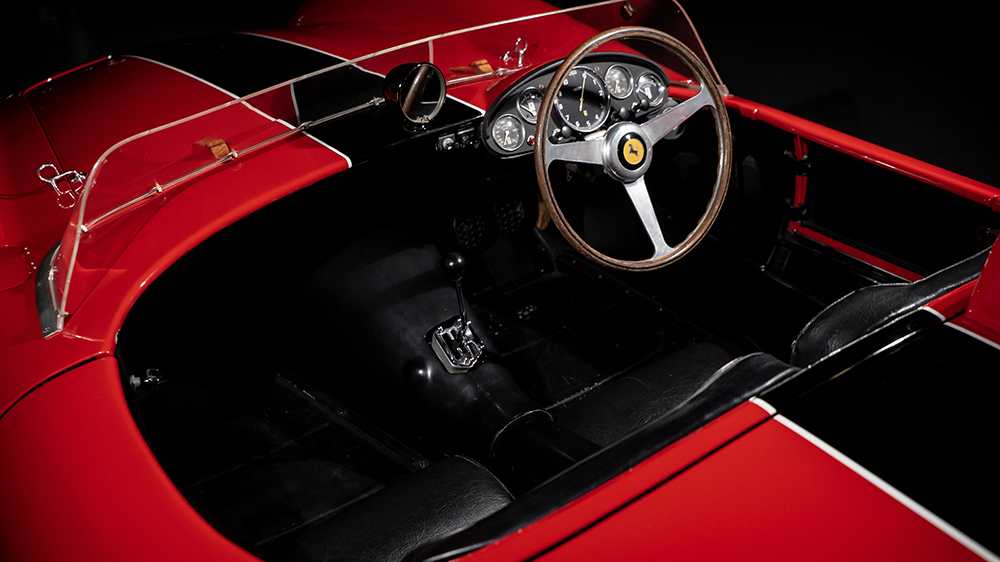 The 500 TRC Spider is a more refined and driver-friendly version of the 500 TR, the first Ferrari to bear the Testa Rossa name. In production from 1956 to 1957—only 19 units were built during this time, all for private clients—it has a Scaglietti-styled body with a wider cockpit than its immediate predecessor, as well as working doors and a windshield, two features noticeably absent before. The car was equipped with an inline-four mill designed by engineer Aurelio Lampredi. It may not have been the long-block V-12 found in the automaker’s other race cars, but it was strong enough to power the vehicle to plenty of success on the track, including a class win at Le Mans in 1957. 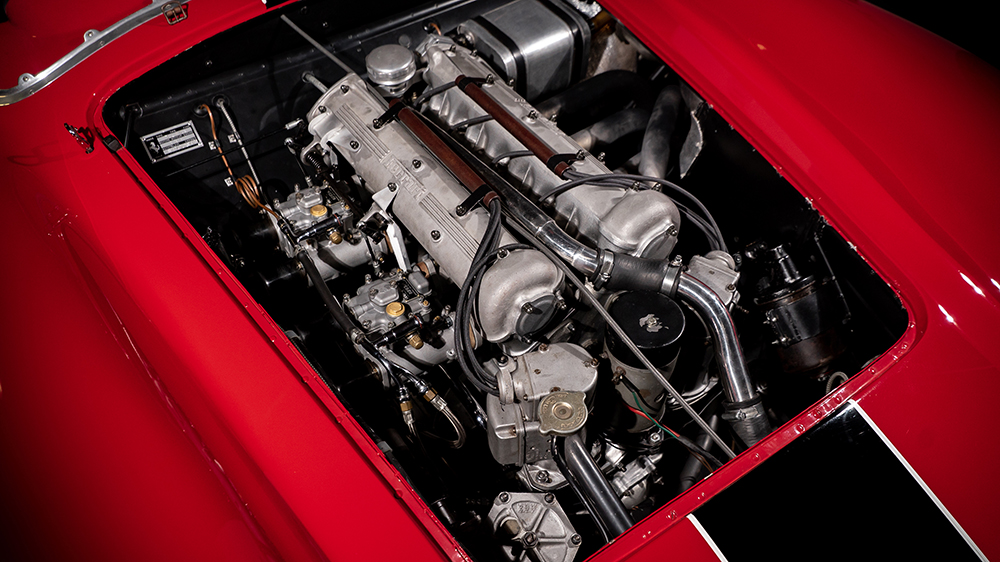 This particular 500 TRC, chassis No. 0706 MDTR, was the second to last example built and rolled off the line in April 1957. Although it was originally painted blue and white, it’s now done up in a much more classic red and black racing livery with a thin white pinstripe separating the colors. The car, which was acquired by noted collector Oscar Davis in 2014, has been fully restored, including having its after-market Ford 289 V-8 for a numbers-matching inline-four acquired directly from Ferrari. 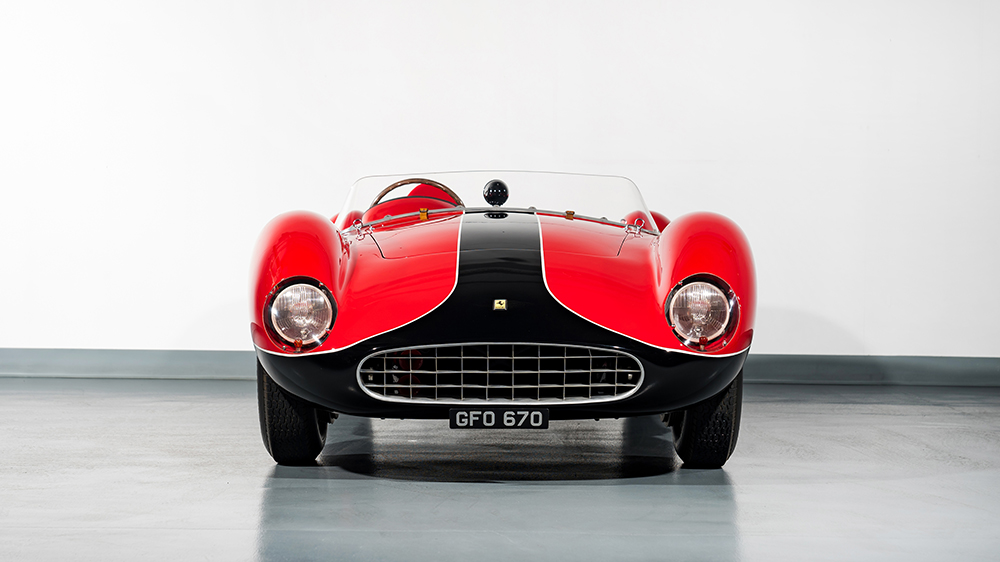 In addition to being a true beauty, this particular 500 TRC has a rich racing history of its own. Although it didn’t get off to a fast start—it had to retire from Le Mans in 1957 because of a water pump failure—it would claim two SCCA E-Modified championships in 1958 and 1959. It competed in at least 30 races between 1957 and 1963, claiming podiums in 18 of them. It hasn’t raced in decades, but has become a fixture of classic car shows around the US since. 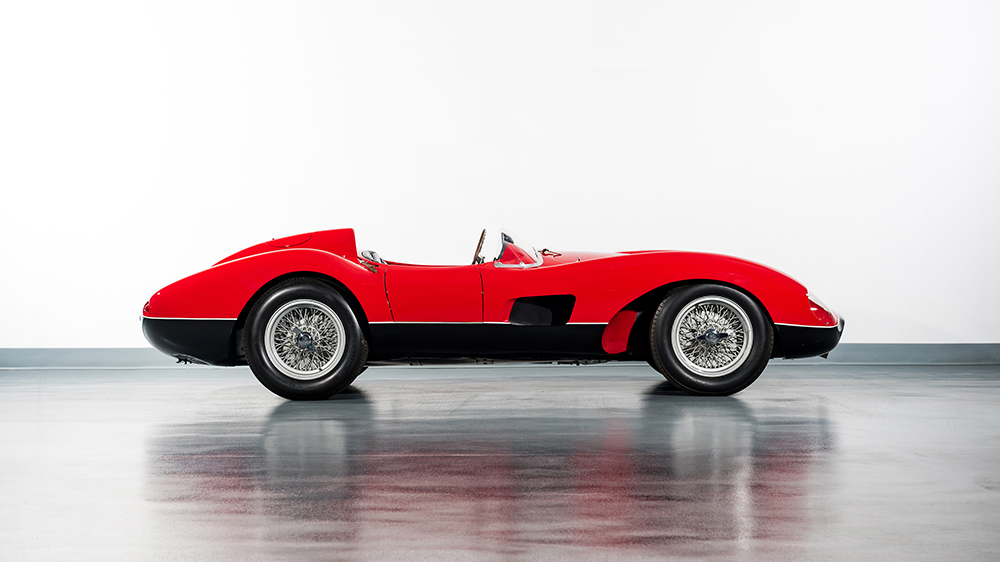 If you covet this 500 TRC for your collection, prepare to spend big. RM Sotheby’s expects the car to sell for between $8 million and $10 million when it hits the block at the Monterey Conference Center on the weekend of August 19. 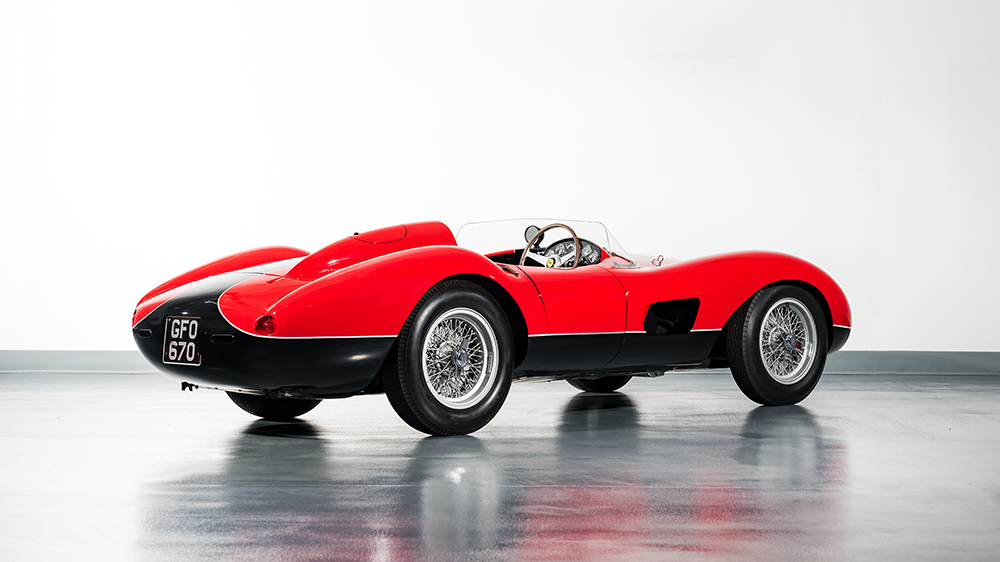 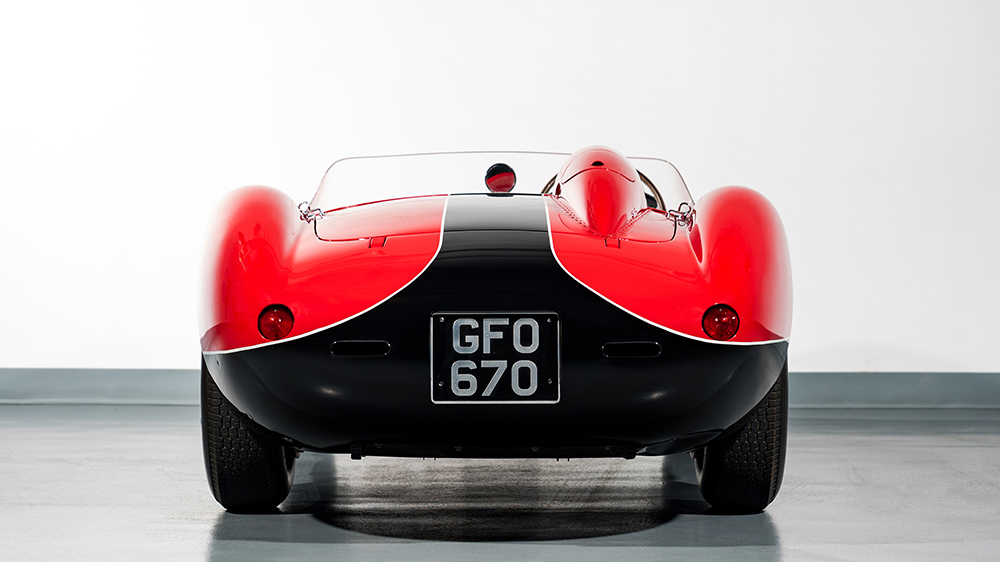 And should the new owner need a modern high-torque gear reduction starter for this beauty, we've got them covered.